First, I have to tell you something funny that happened last night. Some of you may already know that Africans are very modest. While that statement might seem funny to those that subscribe to National Geographic, they are extremely modest it’s just that nakedness is defined a little differently. African women never expose their thigh so most skirts or shorts come to the knee. While we already know this, Shannin had just showered and was getting ready for bed wearing a sweatshirt and shorts about the length of boxers. She wanted to tell her brother Doug goodnight and without thinking, went down to the pavilion where he was talking to some of the UAACC workers. Upon coming into view, she was immediately made aware of her mistake by the looks of amazement she received aimed directly at her legs. She did an about face and walked off into the darkness with Doug on her heels, not realizing what had happened, asking “Where are you going? I didn’t give you a hug. I thought you came to say goodnight.” She clearly broke “the rules.” 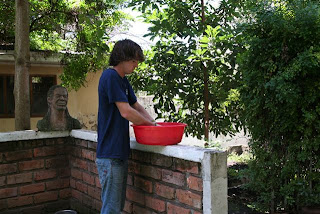 (Ashton doing his own laundry in a bucket.)
Here are some Tanzanian facts we thought you might be interested in:

Today we are heading to the Ngorongoro crater area to a lodge called The Bougainvillea Lodge; the ride in was beautiful. 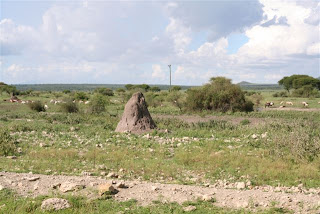 (Termite Hill)
Juma told us that termites are considered a delicacy and a great source of protein. When they are prepared properly, they are a treat like nothing you've ever tasted. If we get the chance to try them, we’ll let you know. 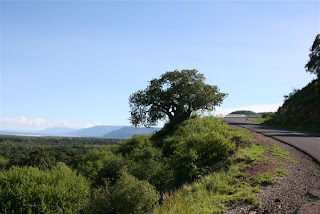 (Baobob Tree. One of the oldest living trees in the area.) 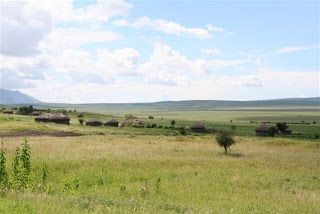 (Masai Village)
The accommodations here are very nice and dinner was amazing. We’re heading out early for the 45 minute drive to the crater and we looking forward with great anticipation as to what we might see. 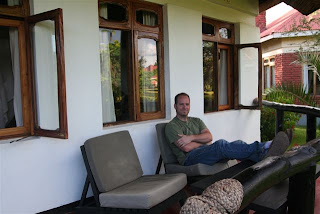 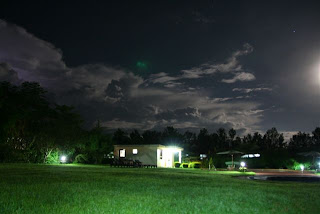