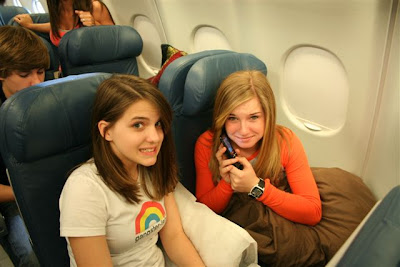 the long journey to Tanzania was uneventful. Our arrival into the Kilimanjaro airport was anticipated as we were greeted by several members of the United African Alliance Community Center (UAACC) as well as some friends of our Swiss travelling partner, Roswitha. 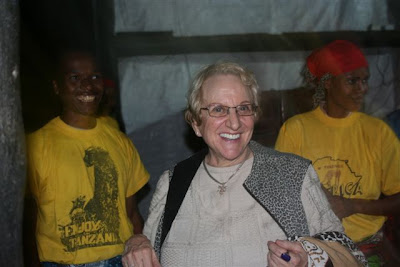 After travelling abroad and several trips to Tanzania, Roswitha is looking to settle here in Africa and become one of our Home Mothers in our future orphanage.
Pete O’Neil is a kind older gentleman sporting wisps of grey in his beard and long dread locks. 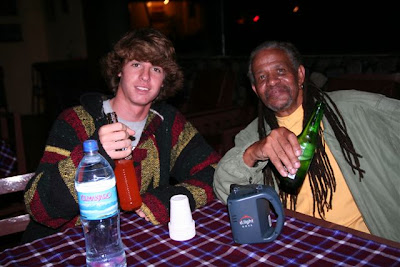 Originally from Kansas City, he’s been in Africa for close to 40 years. He is a gracious host who runs the UAACC here; operating a local school, orphanage, and hosting travelers like us. His wife Charlotte was not here as she is currently on a speaking tour in the U.S. On a arrival at the UAACC, the local dance troop lit torches and escorted us from the compound gate to the center where they gave us a short dance performance…amazing! 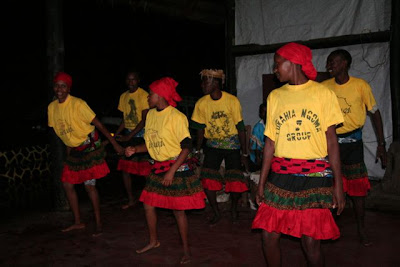 Despite the late hour (midnight) the hospitality is fantastic and the dinner that they had prepared for us was a wonderful blend of local foods spiced to perfection. 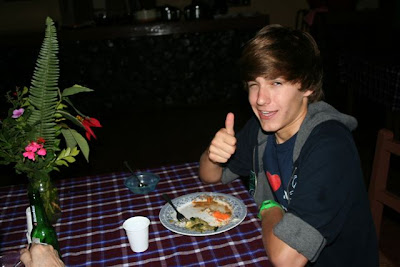 Not bad considering the electricity has not been on for the last day or so. Pete thinks it might be on tomorrow, but this is Africa so who knows.
It was raining on our arrival which continued through the night adding a pleasant coolness to the air. After a hot shower (Yes, hot shower. Water heated by burning wood.) we got tucked into bed for the night – at least for part of the night. Of course everyone knows that roosters like to crow in the morning, and we typically see them in Hollywood movies crowing at the crack of dawn, but apparently the roosters here were born in a different time zone as they commenced crowing at 4AM and didn’t cease until mid morning. Paul and Shannin also have the pleasure of staying in a room that is under a rather large Avocado tree – they occasionally drop their fruit - and in the middle of the night, an Avocado bouncing off of a tin roof sounds something like a shotgun. Roosters…okay, but the random loud smash on tin will take some getting used to.
Waking up, the rain has stopped and the landscape is a lush green. Seeing it for the first time, since landing here, it was a beautiful sight to see. After a simple breakfast and a couple of cups of instant coffee, we’re going to look at the land that has been acquired for the new orphanage site. Can’t wait!
Posted by Mission Trips at 8:09 AM