Getting a good nights rest last night was a little slice of heaven for Annie and I; although we woke up to the mosquito net on our faces, which was not the most enjoyable thing in the world. After eating some breakfast we decided to get ready and then head out to the snake farm so we could ride a camel! 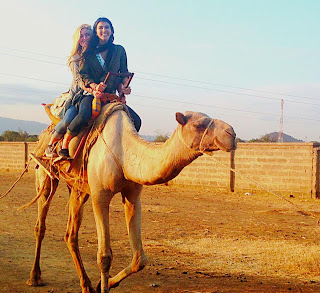 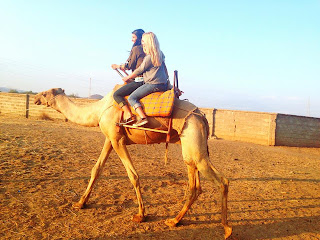 Riding a camel has been a dream of mine for quite some time and we were very determined to make it happen. Leaving the house we only had very vague directions from Ksusha on how to get there. Since there aren’t any street names here, it is practically impossible to even get proper directions! On our way we stopped in the town of Arusha to change our dollars into shillings and get some delicious African coffee before we continued our journey to our final destination. While we were in town, these two “white” guys passed us and one of them yelled “Mzungu! Mzungu!” which made us start dying of laughter. Usually that is what the locals yell to us so it was funny having other Americans yell the same thing at us. Another man later approached us, speaking perfect English, asking us to look at his art gallery. We would have loved view his collection but we explained to him that we were heading to the snake farm and we couldn’t be out too late since we were already well into the afternoon. He understood and then asked us where we were staying and how we were going to get there. We informed him that we were staying in Usa River and drove our own car. He was very excited and impressed with our adventurous spirit…as he gave us both fist bumps. Most tourists here never actually take the time to immerse themselves in the culture, so we are finding that the locals really appreciate it when people actually take the time to do so. It felt super good that someone noticed and appreciated our efforts because we don’t want to be known as just “mzungus”. We are doing our best to show the locals that we are here for a Greater purpose, so having more people realize that is very exciting to us!  Continuing on our way to the snake farm we missed a turn and kept going straight looking for the landmark that we had already passed. We drove for quite some time out in the countryside with nothing but mountains and tiny huts surrounding us. Realizing that we had driven much too far we turned around and headed back towards Arusha. We had to make many gas station stops, asking several people on the side of the road who didn’t understand a word we were saying, we were feeling very hopeless and discouraged that we wouldn’t get to ride a camel. Then we finally arrived!!! As tears filled our eyes from excitement, we pulled into the snake farm and then ran to where we could ride the camel. It was one of the most fun things we have ever done and we were both laughing the whole entire time. It was so cool to experience it together and it was even better than we had imagined. Afterwards we walked around the snake farm and saw many snakes, turtles, lizards, birds, and crocodiles. 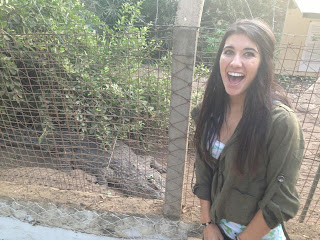 All of the animals were super cool and unique but my favorite was definitely the camel! We drove back to the house as the sun was setting.  It quickly became very dark (since there are no streetlights here). Driving in Tanzania in the daytime is challenging but at night it is even more so. 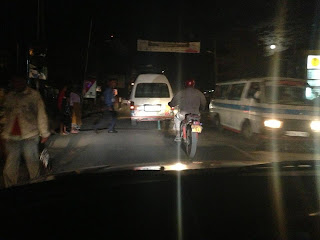 After making it home safely and without getting truly lost Annie and I came to the conclusion that we should go on the Amazing Race together. This whole trip has been filled with new places and experiences and we couldn’t be happier to be sharing these unforgettable memories with each other.