Surprisingly, we woke up this morning well rested despite the 11-hour time difference between here and California. Even those of us who wouldn’t be considered “morning people” woke up joyful…but how could we not when we get to wake up with hugs from our four little girls? 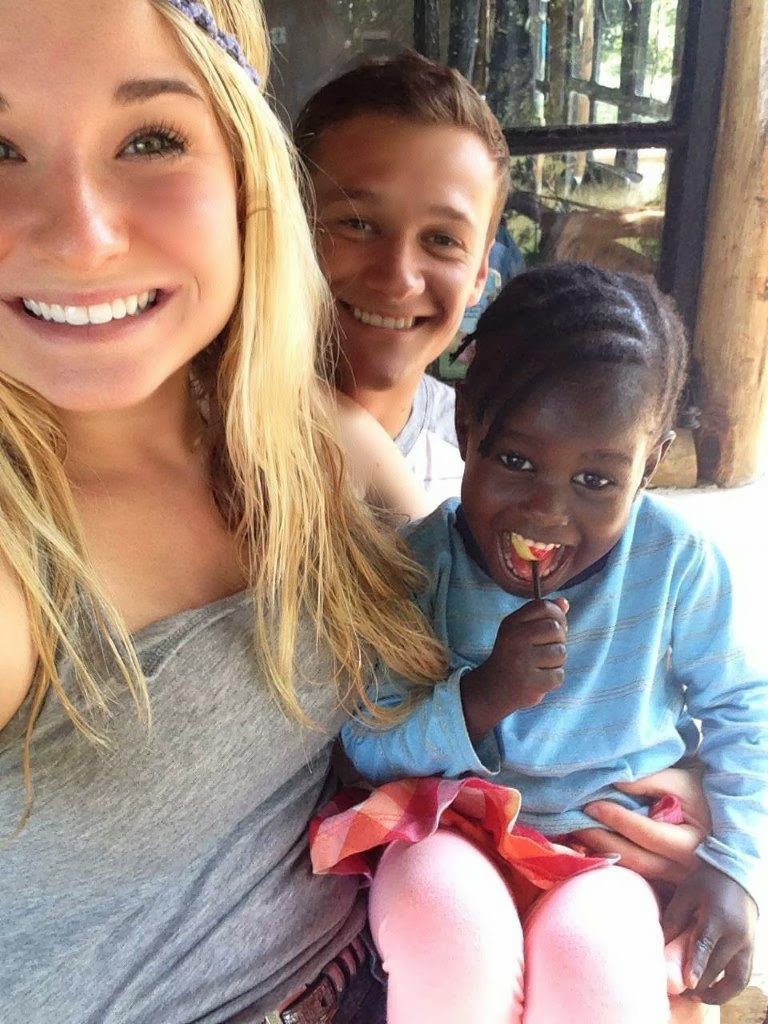 As we were making breakfast and writing in our journals, mama Josephine (our house mom here) took the girls out. The six of us stayed at our home and took in the beauty around us. It is amazing to see how God has worked, is working, and will work in the future.
Once the girls got back, they had their juice time, which they greatly enjoyed. We sat on the porch with them as they finished their mango juice and then did our best to capture their joy on our cameras. Princess and Happy absolutely love having their picture taken and are quite photogenic! Maureen, however, doesn’t quite know what to do and just copies whatever the person holding the camera is doing. We can always count on a nice cheesy toothless smile from her though. Baby Dori can be a little more reserved but capturing those big brown eyes of hers is nothing short of priceless. 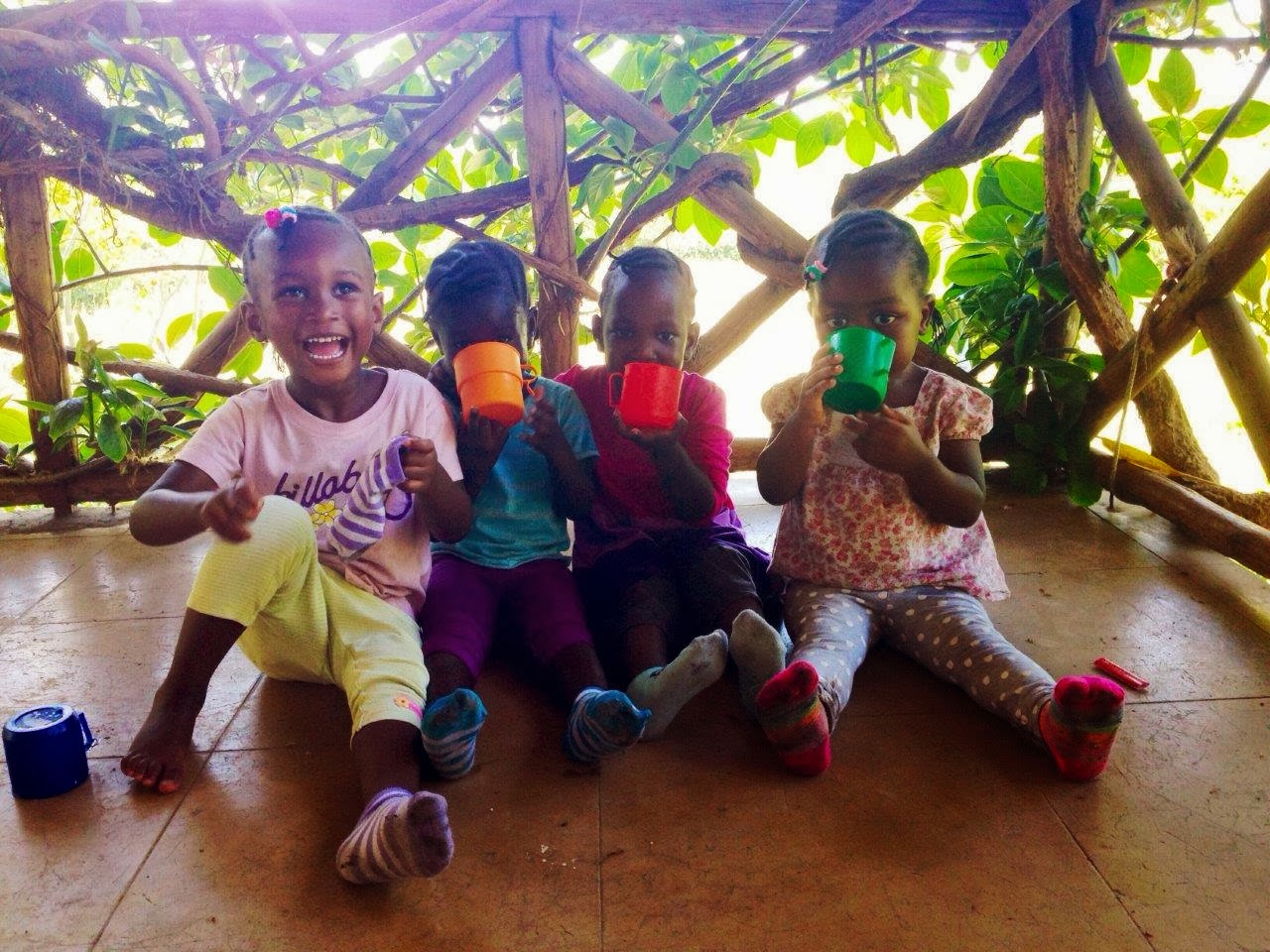 Afterwards, we tried to play soccer with the girls but Princess was the only one actually interested. The other three girls would much rather be held and enjoy their lollipops we brought for them. Princess was tripping a lot, followed by endless crying until someone asked her what hurt, kissed it, and said pole (sorry). She would not stop crying until someone recognized she has been hurt (or until she gets the attention she is seeking). Needless to say, our soccer game didn’t really turn out, but Ashton and Blair had fun playing against each other.
As we were making lunch for the girls they were super fussy and we knew they were ready for nap-time. As they ate they made the biggest mess possible as they mixed their drinking water with their food and spilled it all over the ground. At one instance, Maureen spilled her water all over her clothes, and as she began to cry, the other three girls burst out in laughter at her misery. We all had to laugh because there wasn’t much else to do. 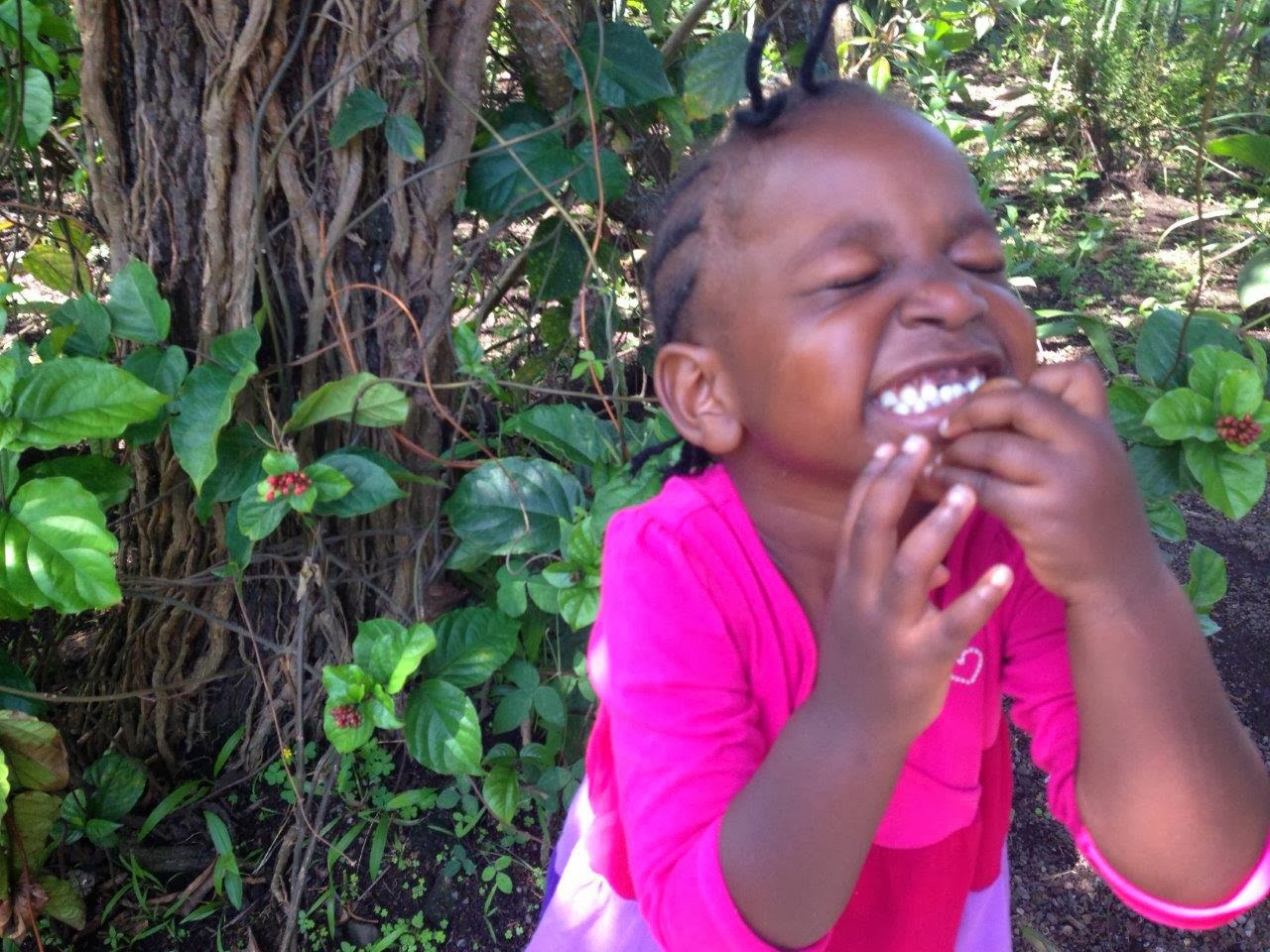 After they finally finished eating, we put them down for lala time (nap-time), which didn’t go as smoothly as we would have liked. Maureen can be quite a cute little terror when she does not want to sleep, let me just tell you. Ashton, Christian, and Lindsey took advantage of lala time and took a 3-hour nap as well. 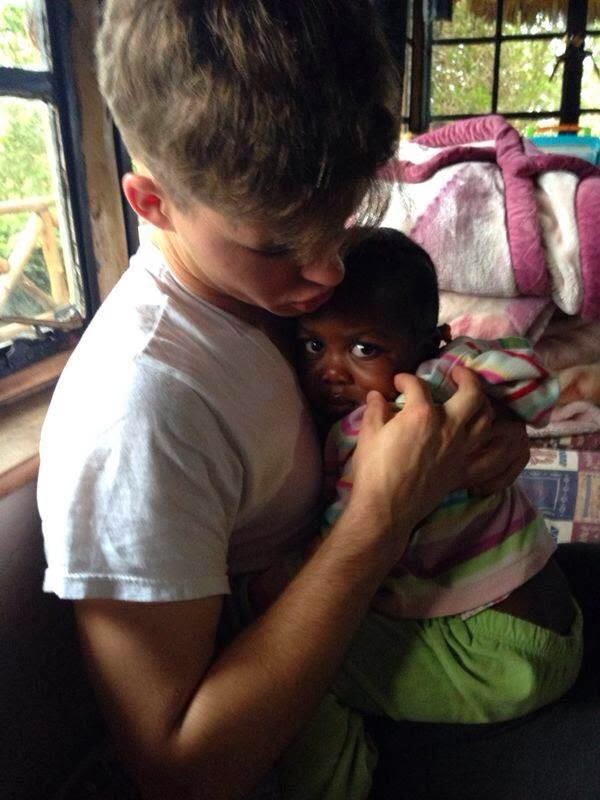 Once everyone woke up, we took the girls on a walk around the village with the intent of handing out the lollipops we had bought for the other children around our home. Right after walking out our gate, there was a group of young teens filling buckets with water so we offered them lollipops. Before we could even blink, both bags were ripped from Ashton’s hands as all the kids scattered away to their boarding school. We were left standing there in the dust, shocked and disappointed that we did not have any more candy for the other kids. We decided we could always buy more candy another day, and we were happy to at least make those kids day. 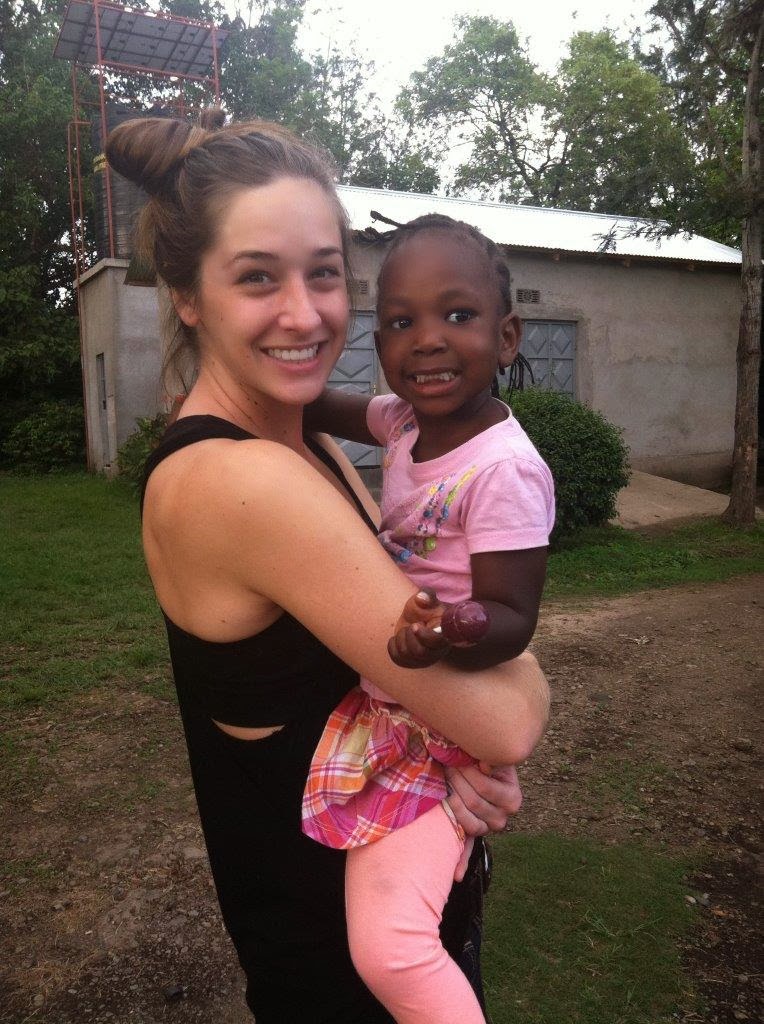 On our walk Princess, Maureen, and Happy were not exactly into the “walking” part of the walk, so we put them on our shoulders. Dori, however, loved walking hand in hand with Ashton down the dirt road through the village. It was as if time didn’t exist as we were walking with our precious girls. All stresses and worries disappear with the presence of the love these girls bring to our lives. When we got back to our home we fed the girls their dinner then put them to bed. The six of us mzungus (white people) followed shortly after.
Posted by Unknown at 5:19 PM